The aim of this study is to develop a scale to determine the causes of teacher absenteeism. For this purpose, as a result of the exploratory and confirmatory factor analysis, a scale which consists of two factors and 28 items was obtained. In this study, validity of the scale was examined in terms of the content and construct validity. In the scale of causes of absenteeism which was obtained as a result of the exploratory and confirmatory factor analyses, the dimension of the internal causes of absenteeism consists of 12 items, the dimension of the external causes of absenteeism consists of 16 items. Cronbach Alpha reliability method was used for reliability of the scale. In the analyses, it was determined that the Cronbach Alpha reliability coefficient of the scale was .94 in the first application, .92 in the second application and two components explained 40.10 % of the total variance together. According to the results of confirmatory factor analysis studies, fit indices were calculated such as: X2 /sd = 3.41, GFI (.82), CFI (.95), NFI (.93), RMSEA (.08), AGFI (.79), SRMR (.06), p (.00) and it was seen that fit indices were in a sufficient range. The validity and reliability analyses showed that the scale can measure the causes of teacher absenteeism. It is expected that the developed scale can be used in the research on this issue and can increase new studies to be done. 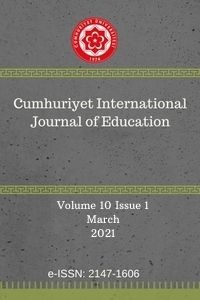