This study aims to scrutinize the reasoning skills of primary education students studying at the 1st. grade in socio-scientific issues supported with online form. This study was carried out during the environmental education course of the first grade in the 2020-2021 Academic Year Spring Term at Dicle University. The online environmental education course discussed agricultural issues, genetically modified organisms (GMO), using pesticides in food production, importing plastic waste, and using rock gas as an alternative energy source. Within the scope of the research issues, the scenarios and articles with the socio-scientific theme were uploaded to the automation system of the university and were discussed by the students for two weeks. Afterwards, the students completed the process by participating in an online debate form which included scenarios with socio-scientific issues. The students' views on socio-scientific matters were analyzed by the complexity, multidimensionality, questioning, and suspiciousness subscales. Findings were presented in accordance with social, economic, ecological and health domains. As the result of the research, the students accepted that GMO products would lead to several health problems, while they expressed that the GMO products could be used to survive. The students put forward that using GMO products had to be controlled by the authorities. Most of the students indicated that it was required to produce recyclable plastic instead of importing plastic waste and improving environmental waste management systems. They also determined that using rock gas as an energy source would bring about environmental pollution; alternative energy sources would be prefered rather than rock gas. Furthermore, they expressed that using pesticides could damage nature and the environment; however, pesticides could reproduce durable plant species if taken necessary precautions. 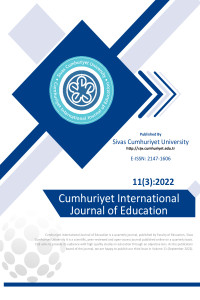